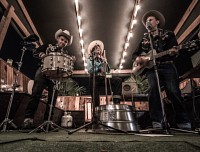 Slim Sandy and The Hillbilly Boppers

Legendary Slim Sandy and the Hillbilly Boppers play a mix of originals and their own arrangements of hillbilly boogie and western swing songs from the 30’s to the 50’s.   Slim has played in bands for over 30 years, and was the original drummer for Ray Condo, and the lead singer and guitarist with the Crazy Rhythm Daddies. Other acts he’s backed up on drums are the Howlin’ Hound Dogs, Sophia Wolff and SUN the Hillbilly Bopper features lead vocalist Slim who plays guitar and harmonica with Willa Mae on washtub bass and harmony vocal and German Ebert on drums. A first class quality act that will have everyone's toe a tappin' 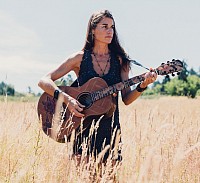 Daniel Cook and The Radiators

This West Coast roots group from Victoria, BC. They’ll have you stomping your feet and singing a long. With Robert Cromwell’s solid grooves, Ryan Rock’s funk-driven bass, Norm MacPherson’s magical lead guitar, the multi-instrument juggling of Sam Torrance, and Daniel Cook’s well-crafted song writing, these contagious melodies and timeless stories are blended with vocal harmonies into a tasty mix of indie-folk, funk and country. 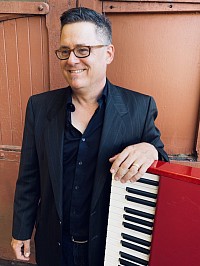 Wynn Gogol is a pianist and singer-songwriter who fuses soulful melodies with New Orleans-inflected light jazz and blues, creating an inviting mood that makes people feel right at home. He’s played with Ian Moore, Harry Manx and Jason Buie, and shared stages with many talented artists over the past twenty-five years, including Sonny Landreth and Cherry Poppin’ Daddies.

Pianist Jan Randall has been entertaining audiences for years with his improvisations and ability to play any tune in any style. He is an accomplished jazz, blues and classical performer who also writes and perrforms his own music in addition to your favorite themes and melodies. 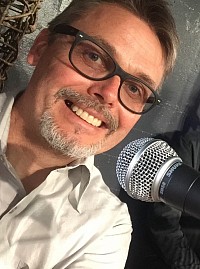 Daniel fuses contagious melodies with timeless stories creating a fresh brand of Original West Coast Roots Music, and a guitarist who blends melody and minimalism into a sweet mix of jazz and country guitar traditions. As a singer songwriter, Daniel released his first solo album, Comfy Couches, in 2013. It was produced by Joby Baker and the title track was nominated for Roots Song of the year at the 2014 Vancouver Island Music Awards. Recognised as a talented songsmith, 'Penny' received second place at the 2014 Islands Song Writing Contest. Daniel continues to make a powerful musical mark as a singer songwriter in the West Coast Roots tradition. 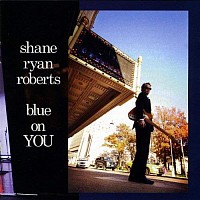 Shane has performed his repertoire of originals, classic blues (John Lee Hooker, Johnny Shines ...) and seventies pop covers (Wings, Edison Lighthouse ...) in Ottawa, small town Ontario, upper state New York, Phoenix, Los Angeles, Seattle, Kelowna, Penticton and Victoria BC.  Some have called his original music vintage, and others jazzy –– and occasionally you will hear in his songs clever textural and harmonic choices  Shane Ryan Roberts' current instruments of choice as a performer are vocals and guitar, and his preferred musical forms are 12 bar blues and the three minute pop song, although he is always on the verge of including in his set list Stravinsky's Elegy for JFK.   The album Blue on You, recorded by Roberts in St Louis in 2008, remains available on iTunes and other digital sources

The Legendary Flying Saucers featuring Al Pease on the Clarinet and Saxophone and Clarke Brendon on Guitar and Vocals have been entertaining Victoria fans for decades.  Playing their eclectic selections of music garnered from a lifetime of Swing, Jazz, Blues, and Country music experience. 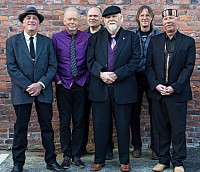 The Kingpins are a hard-hitting fun-loving band of veteran musicians and like the name says, they play classic R&B from the ‘50s and ‘60s (plus a few original songs penned within the idiom). Fronted by the lion-voiced Hank Lionhart and powered by a dynamic horn and rhythm section, these guys are guaranteed to bounce the audience out of their seats and onto the dance floor.